​The return leg begins in Sydney with a train ride out of the city to the foothills and riding onto the Southern Highlands. The map shows the rough route - detailed route is a little longer

​Download Forms: Please complete a registration form.  You will also need to complete and sign the medical information form, which includes a disclaimer form. Cycle Across Oz also operate a code of conduct and a Covid-19 policy which you will need to read and sign.

Download and print registration and medical information forms and mail to us with your deposit of AUD300 as soon as possible to secure your place.​ Places are filling fast.

Note: Last day we use the train from Sunbury Station to Southern Cross Station
The Great Divide ride starts in the city of Sydney, Australia's largest city. Take your time to enjoy the city before the tour begins. It has a plethora of things to do and see.  The Great Divide ride is a whole lot different to the South Coast. Think wide open spaces and rolling hills and craggy mountains and eventually a big lazy river.

We start the tour using the train to get out of the city and into the foothills of the Blue Mountains starting to ride in the picturesque town of Picton. We travel south onto the Southern Highlands home to some charming towns, like Bowral and Mittagong and Berrima, many with long coaching history as this was (and is) a key route from Sydney to the South and West. We soon leave the highlands and skirt the big forests of Bungonia NP and Morton NP and onto the rolling grasslands of the Southern Tablelands and around the edge of Canberra, Australia's capital.  We continue to push south and you will soon be in the Snowy Mountains and the New South Wales ski fields. No need to panic - ski season begins in June. We take a rest day in the charming lakeside town of Jindabyne famous as gateway to the mountains but also an important farming community.

The next leg is a bit of an up an over leg as we climb up and over the Divide onto its western side and down to the Murray River, Australia's largest river, which rises in the Snowy Mountains. We will do this in two legs with a National Park camp in the middle. The campfire will be alight - fire bans excepted.  From here we follow the feeders of the Murray until Khancoban and onto "Man from Snowy River" country near Corryong. From here the river starts to change from rushing mountain influences to lazy river and wide valleys and the first dam at Lake Hume. We take a rest day at Lake Hume Village a short hop to the twin river towns of Albury-Wodonga.

​The next leg follows the Murray River from lake to lake and is steeped in old pastoral history. We stop in the charming riverside towns of Corowa and Barooga and Echuca, each with its corresponding twin town on the other side of the river - remnants from times gone by when Victoria and New South Wales ran their own customs duties across the border. This is farming country and somewhat off the beaten track. We take a rest day in the steamer town of Echuca which has a fine recreation of times gone by and for a lot of the time lives that way each day.

The last leg leaves the Murray River and reaches southwards. Now this may feel like the home leg but it is a change of story again as the road takes us into gold country and wine country around the towns of Heathcote and Lancefield. We will also pass through the town of Rochester which has an important part in Australian cycling history, birthplace to Sir Hubert Opperman. We call him Oppy.  Riding ends in Sunbury and the return to Melbourne's Southern Cross station by train and time to celebrate crossing the Great Divide.

Weather - Great Divide
The pictures below cover wind (the most important one on top), temperature and rain. The Bureau of Meteorology has stopped publishing free wind maps. This chart shows the percentage of time wind blows a particular direction by month. The first chart is for Canberra covering the first week or so of riding and the second for Wodonga covering the Murray River section.  For March, the probability of a south or westerly flow (i.e., unfriendly) is between 30 and 40%. If we get a late season like 2019, the northerly and easterly percentage could be higher. The second image below shows a different picture with the probability of easterly or northerly flow up to 65% as we are further away from coastal and mountain influences. 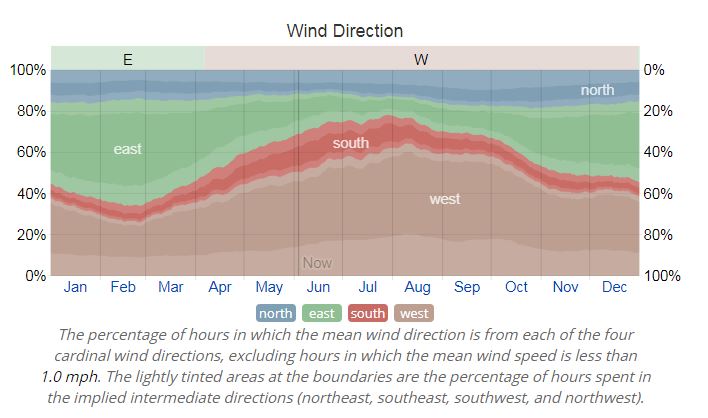 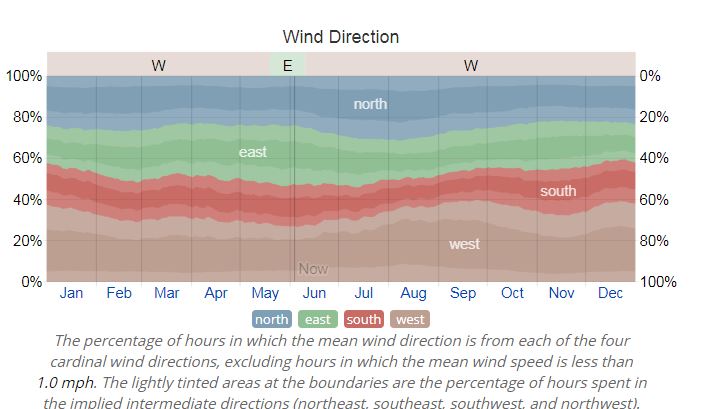 Wind Wodonga
On this leg, we cross onto the Great Divide and skirt to the east of Canberra before heading along the Victoria - NSW border (the line below Canberra)  See the route pencilled in on the rain map below. For temperatures we will expect maximum temperatures to be in the 18 to 27 C band (65 to 85F) and colder in the mountains. Minimums will be between 6 and 12C (40 to 55F). Monthly rainfall is between 25 and 50 mm (1 to 2 inches) in March which could stretch out over 3 spells of a day or two every 5 days. Rainfall is higher in the mountains. there is a slight chance of sleet or snow in the mountains - it did snow in March 2020. Be prepared and make sure to have some waterproof winter riding gloves and a beanie. 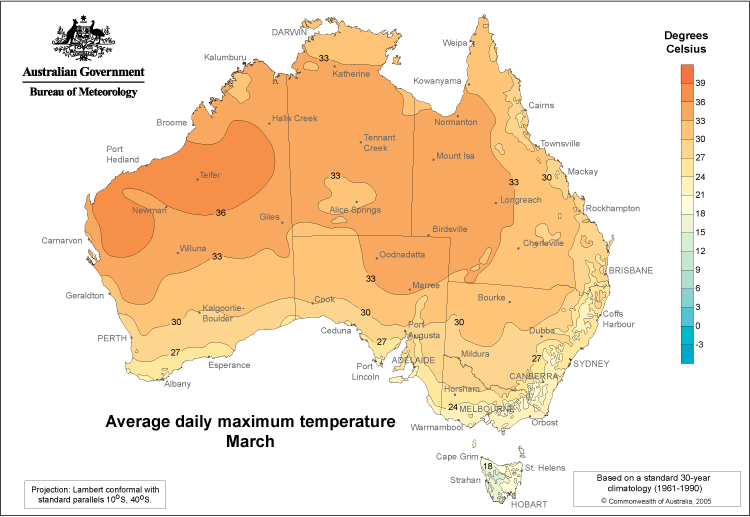 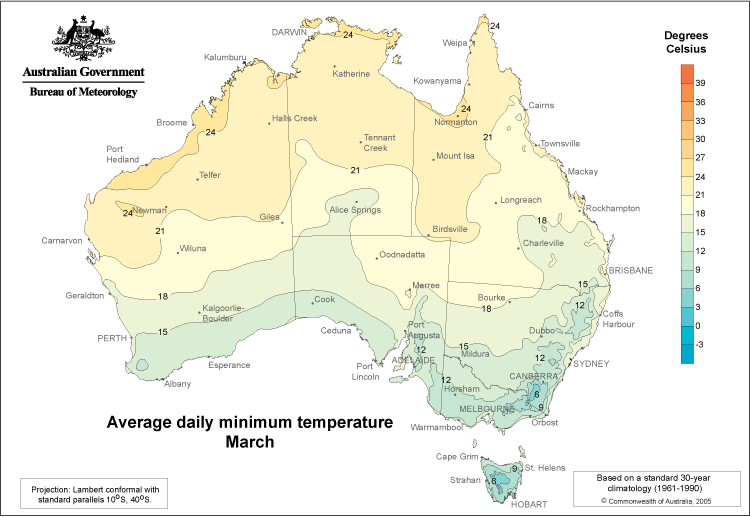 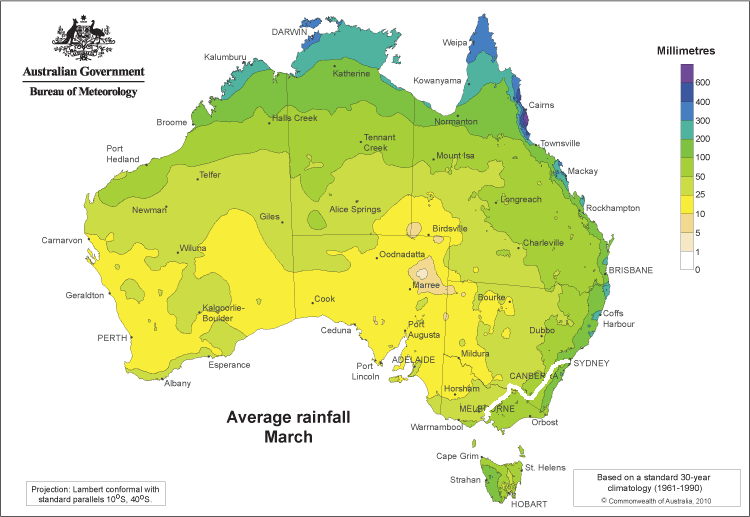